The New Zealand Division in Operation Crusader – An Overview

Jump to a section:

Desert War – The Battle of Sidi Rezegh describes a significant but relatively unknown campaign fought in Libya by the 2nd New Zealand Division as part of the British Eighth Army during Operation Crusader. This campaign took place over two months from mid-November 1941 until mid-January 1942. The objective was to retake Cyrenaica, the eastern region of Libya, and ultimately drive the Germans and Italians out of North Africa. The campaign was partially successful, and did achieve the badly needed relief of Tobruk, where Australian and other Allied troops had been trapped.

For the New Zealanders, much of the Crusader action was based around a place called Sidi Rezegh, a barren, stony ridge that was just a mark on the map, outside Tobruk. Author and historian, Sir Geoffrey Cox, who was an intelligence officer with the division in this campaign, described Sidi Rezegh as ‘the forgotten battle of the Desert War’. It has not received as much attention as some of the Div’s other campaigns such as Crete, El Alamein or Cassino. But more New Zealand soldiers were killed or taken prisoner during Crusader than in any other campaign fought by the Div in the Second World War.

Towards the end of 1941 and into January 1942, the British Eighth Army fought German and Italian forces in the desert south-east of Tobruk in Libya in a campaign called Operation Crusader.

Previously, before any German forces had arrived in North Africa, Italian forces in Libya had made a tentative move into Egypt in September 1940. However although they vastly outnumbered the British and empire troops then in Egypt, the Italians halted when they reached Sidi Barrani, about 100 km into Egypt. On 9 December, the British Western Desert Force under General Richard O’Connor counter-attacked in a spectacularly successful campaign known as Operation Compass. By the end of February 1941 the Italian army had been pushed right back through Cyrenaica, and 130,000 prisoners were captured. O’Connor was keen to press on westwards towards Tripoli but the British Defence Committee decided to divert some of the Allied forces in Libya to Greece, where a German invasion was likely.

In Germany Hitler, by now concerned about O’Connor’s success, dispatched a small force, the Deutsches Afrika Korps (DAK), to Tripoli. In early February 1941 General Erwin Rommel arrived in Libya with the DAK and by May the German and Italian forces had surged eastwards to Sollum, the westernmost town in Egypt. Rommel now occupied all of Cyrenaica with the exception of the port town of Tobruk, which was held by Australian (and later British and Polish) troops but surrounded by the enemy. Rommel had made several unsuccessful attempts to take the town, and the British had also tried but failed to relieve it; Tobruk was thus becoming the centre of attention for the opposing forces.

The plan for Crusader

The plan for Crusader was that the Eighth Army, about 120,000 strong, would split into two corps, 30 and 13. Thirty Corps, which was principally armoured, would first thrust to the south of Tobruk, engage the enemy armour and, if this was successful, lift the siege of Tobruk. The corps (under Lieutenant General Willoughby Norrie, comprising 7 Armoured Division, 1 South African Division and 22 Guards Brigade) would link up with the Tobruk garrison, which would break out from the Tobruk defences towards the south-east to meet them.

Meanwhile 13 Corps (principally infantry, under Lieutenant General Alfred Godwin-Austen, comprising 2 New Zealand Division and 4 Indian Division, supported by I (infantry) tanks from 1 Army Tank Brigade) was to cross the border and then push north, to pin down the German forces near the border by outflanking the frontier positions. If the opening moves were successful both corps would move west to drive the German and Italian forces out of Cyrenaica. The date for the attack was finally set as 18 November.

However Rommel was also making his own plans to attack Tobruk and take it around 20 November, so by coincidence both sides were planning attacks within just a few days of each other.

The New Zealand Division in Crusader

The New Zealand Division assembled near Baggush in Western Egypt in September 1941 for training, and early in November it joined the Eighth Army and advanced towards the border. On 18 November it crossed the border into Libya well to the south and started to move northwards to outflank the enemy in the area of Bardia, Capuzzo and Sollum. Over the next few days 5 and 4 Brigades took enemy positions at Sidi Azeiz and Capuzzo, and patrols were in contact with the Bardia defences.

Meanwhile further west the tank battle was not going well for the British. The three armoured brigades (4, 7 and 22) of 7 Armoured Division had become dispersed and were no match for the German panzers and anti-tank guns. At the same time the Tobruk garrison began its breakout of the Tobruk perimeter. However by the evening of the 22nd 30 Corps was compelled to withdraw. It had lost two-thirds of its tanks and this left the garrison of Tobruk with a huge salient to defend.

On the 22nd, New Zealand’s 6 Brigade was ordered west to come to the aid of 30 Corps. As the brigade moved west it ran into the headquarters of the Afrika Korps and took about 200 prisoners, including some senior staff officers. The following day 25 Battalion attacked Point 175, and because of the high level of casualties, reinforcements from 24 Battalion and 27 (Machine Gun) Battalion were also committed. Point 175 was eventually taken and over the next few days the battalions of 6 Brigade fought their way along the Sidi Rezegh ridge in a series of night attacks, encountering strong opposition and suffering heavy losses. Four Brigade had now also joined the move westwards and was attacking towards Belhamed, just to the north of Sidi Rezegh; 5 Brigade was left to contain Bardia and Sollum.

With 4 and 6 Brigades committed near Tobruk, 5 Brigade held defensive positions near Capuzzo, but suffered heavy attacks by Rommel’s tanks and lorried infantry, seeking to relieve Bardia, Sollum and Halfaya. During the course of this action 5 Brigade headquarters was overrun and many New Zealand soldiers taken prisoner.

By 27 November, the area of Sidi Rezegh around the mosque had been taken by 6 Brigade, and 4 Brigade had taken Belhamed, both achieved with a series of fierce attacks and hand to hand fighting. During the 27th, men from 19 Battalion linked up with men from the Tobruk garrison, who had broken out from Tobruk to Ed Duda, which opened up a corridor into Tobruk. This allowed the transport of many of the wounded men and supplies into the town. Rommel, who had led his armoured divisions on a raid to the Egyptian border, was forced to return because of the mauling his infantry had suffered.

Between 28 November and 1 December, German and Italian forces counter-attacked at Sidi Rezegh and Belhamed. Both 4 and 6 Brigades were attacked by tanks and infantry and were virtually surrounded; many soldiers were taken prisoner. It had been hoped that 1 South African Brigade and tanks from the British 4 Armoured Brigade would come to the aid of the New Zealanders. However with Sidi Rezegh and Belhamed overrun, the main body of the division took advantage of the cover provided by 4 Armoured Brigade and broke out to the south-east, eventually returning to Egypt.

Although Sidi Rezegh and Belhamed were lost and the corridor to Tobruk closed, the German and Italian forces had been so badly battered that they were in no shape to hold their gains, and the enemy withdrawal started a few days later. On 8 December, with his men and machines almost worn out, Rommel began to retreat to the west and the siege of Tobruk finally ended on 10 December. Thousands of German and Italian prisoners were taken.

Summing Up the Campaign

The campaign had been partially successful: Tobruk had been relieved and Rommel’s forces were forced back to western Cyrenaica. The battle had not, however, achieved the decisive victory the British had sought. They had been badly hit because their tank and anti-tank guns were inferior to the German. The Allies also had much to learn about the need to concentrate their forces and coordinate the use of their tanks, infantry and artillery.

The New Zealand Division played a major role in Crusader, a campaign that was important in ultimately achieving British victory in North Africa. The commander of the New Zealand Division, Major General Bernard Freyberg VC, acknowledged on a number of occasions that of all the actions the Div undertook, none was more important than the advance westwards towards Tobruk on 23 November 1941 in the early stages of the campaign. ‘If we had not done so the battle of Alamein would have been fought a year earlier – and without the Sherman tank.’

And in the opinion of Major General William (Bill) Gentry, ‘the 2nd New Zealand Division later became more skilful, especially in the higher ranks, and was probably more effective, but it is doubtful if it ever fought again with the same fury and determination as it did in that short and confused campaign’. 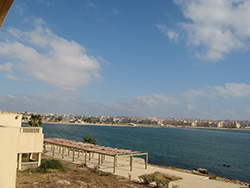 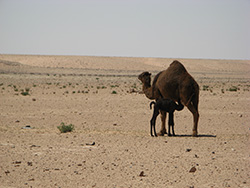 Italian trenches on the Tobruk perimeter 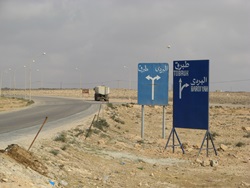 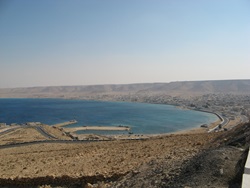 Sollum from the road up the escarpment, 2007 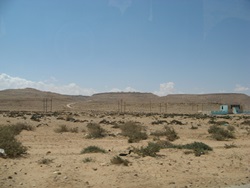 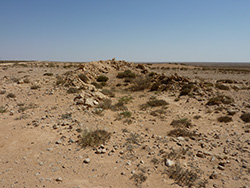 Tank position beside the Tobruk Bypass Road, near Ed Duda 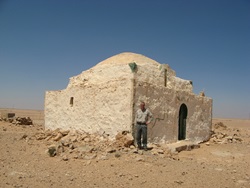